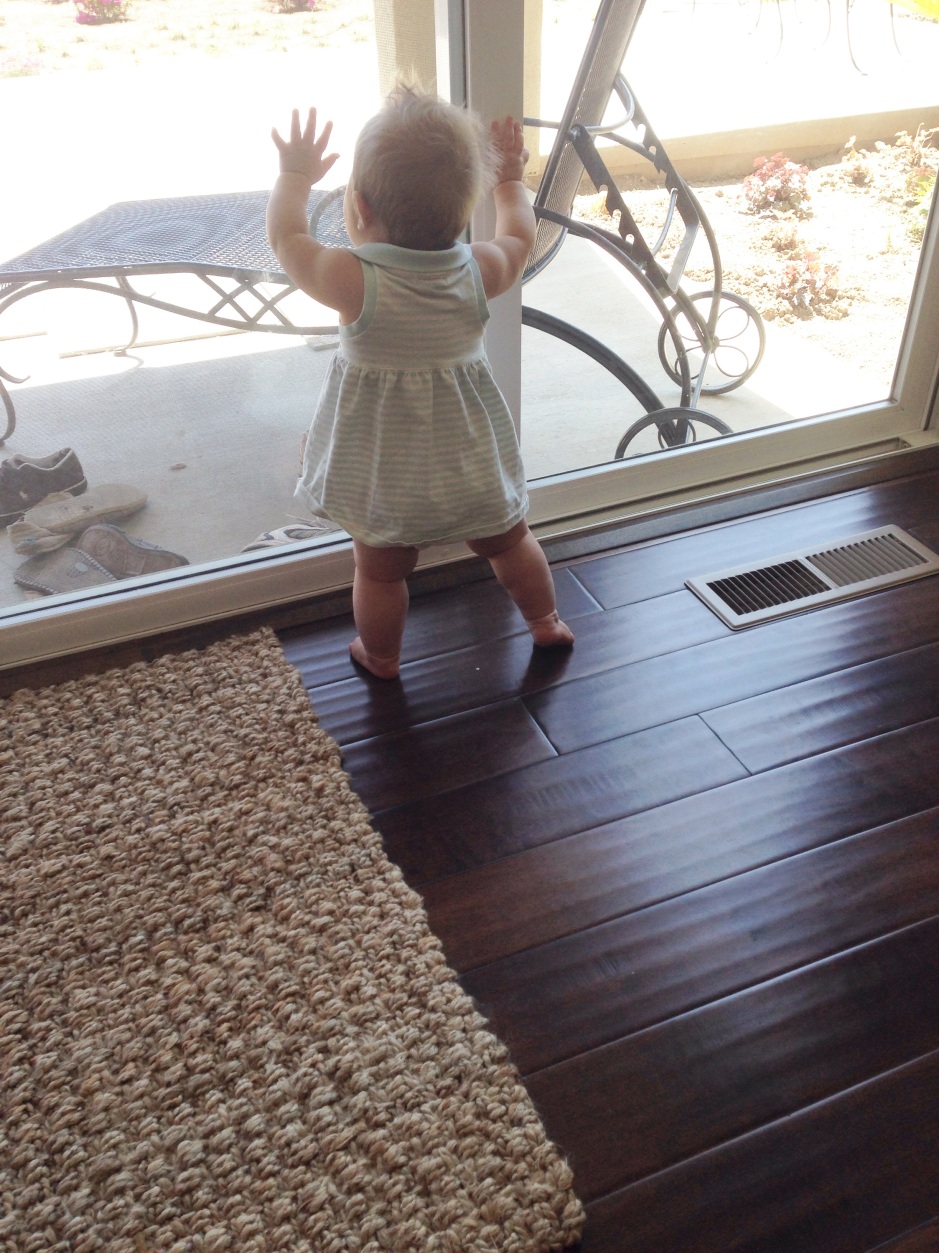 Warning…harsh reality to follow. I’ve learned that having a sick child catapults you into a constant state of angst, of waiting for the other shoe to drop, you spend so much time on your toes that they hurt. Just when you think you have a handle on your “new normal” it changes. The rug is ripped out, the veil lifted and you see the next obstacle you have to face crystal clear. You squint, you look away but ultimately you dive in because…you have to. According to my dear friend google it is pretty common for parents of hospitalized children to experience some seriously shitty emotional mayhem months even years after the events…great. It tells you it’s to be expected, normal even. Turns out that doesn’t make it go away. That emotional rock that I was in the hospital obviously sustained some pretty severe cracks because as they days go on and real life is supposed to be resuming I feel as though I could crumble.

So far for me the flashbacks are the hardest, they come on with no warning. Anytime, anywhere, for seemingly no reason at all. I move through the day at an even emotional keel and all of a sudden I’m back. Back in a moment. A moment I don’t want to be in.  This morning I was changing Riley’s diaper before her nap…pretty typical, an activity I routinely do more times than I can count in a day. But this time it happened…flash. They feel as if real time stops and I’m all of a sudden sitting there watching these mini movies of myself…my past self. I was changing her and all of a sudden the movie began but the movies have feelings, they have smells, they’re clear as those dreams that jolt you awake in the middle of the night searching for reality in the darkness. I continue to move through the motions of changing her but my mind is in the movie, my heart started to race and the physical pain of trying to will it away consumes me. It’s august 5th 2013, I’m changing her diaper and observing some nasty diaper rash, I’m not concerned… well, not too concerned. I’m a 2nd time mom, a little diaper rash isn’t going to get my panties in a twist. I shoot the pediatrician a quick message on my phone through the Kaiser app inquiring as to a better butt cream to use and go about my morning. I’m sleep deprived, my body exhausted from the pains of labor, my mind fuzzy from the bitch that is hormonal imbalance…I’m there…all of it. I feel and smell everything about that day. I feel the gratitude  for not having that nauseating worry at her rash that I would have had it been Presley. Things just aren’t as scary the second time around. ha. oh silly me. my phone rings, THE call and just like that I feel it all…again…that person, that 2nd time calm mother is gone, my chest tightens exactly as it did when it was really happening. There she is. She’s frozen, she’s speechless, she’s bawling, she’s trying to listen to what the doctor is explaining, she’s a new version of terrified, she’s…me.

Tears begin falling down my face as I’m forced by my own demons to watch and relive that “movie”, that memory, that ordinary moment that was the last ordinary moment I can recall. I secure the 2nd flap on Riley’s diaper, the 9 month old Riley, the Riley of now not the Riley of August 5th, I give her a kiss and leave the room. The movie has stopped but it’s too late. It’s only 9:00 a.m. and in the time it took to change a diaper I’ve been put through the ringer. I’ve just relived the most earth-shattering moment of my life, not just recalled it, not just thought about it or told the story…that I can do…but reliving it…I can’t. Shit. My whole body hurts, just minutes ago I was fine. Shit. I had things to do today…still do turns out. Time to go through the motions and attempt “normal”…I wash my face as if a good scrubbing will rid my blotchy complexion of tears, I run through a quick yoga sequence all while screaming in my mind “breathe bitch, get it together” very yogi of me I know (whoops) but then today I did something different. I wrote. This. Something I’ve been avoiding. Clearly. It’s been almost a month since I’ve written in any capacity. I often sit down with the intention of writing but don’t know what to say or become consumed by the fear that putting it down in words secures it’s place in my reality.

Riley is doing very well, healthiest she has ever been…her counts are good, skin good, infection free. She’s jabbering non-stop, standing and sidestepping along anything she can hold on to…she’s amazing.  I feel like thats what I should be writing, like I should go back and delete everything I‘ve said and just say that. But here’s the thing…I’ve learned that in this life…this life of having a critically ill child…honesty is the best policy, not only for yourself but for the other parents out there. So here I am, being honest. Painfully. Honest. Seriously it’s taking every ounce of me to not erase this and pretend it didn’t happen but, I started this blog not just to keep everyone updated on Riley’s condition but in the hopes that one day someone going through what I did would find it useful, a window into the world they were entering. There was nothing available to me when I started on this journey, nothing to clue me in as to what to expect. I’m finding myself in that same boat now…I don’t know what to expect next. I now know how to handle having a critically ill baby in the hospital for 6 months, I could write a book on that…one day I just might.  But I  have NO clue in hell how to make it through a day without coming apart at the seams. I’m home, she’s home, I have my family back but at times I can’t find myself. I recently read something that struck such a chord.

“You know everything you need to know about the situation you’re in. You do. Your mind is just too busy for you to remember.”